The Fuck-It Bucket: Eddy vs. The Volcano

Eddy and I slip away to San Juliana on a tassel-strewn, shiny red jeepney to meet my girl and her friends. The platoon calls Eddy Torres “E.T.” Eddy prefers just “E” – he doesn’t share movie E.T.’s desire to go home. He loves every sin that the Philippines offers. He says he wants to be buried here.

My old friend stretches his neck out the jeepney window, and juts his nose straight into the air, and with uncanny certainty, taunts an ascending white mushroom cloud billowing over Mount Pinatubo’s Vesuvius slope like a pile of pearls poured against the blue sky.

“What the fuck is that?” Eddy tucks his arm up like a T-Rex. He flings Pinatubo into his ‘fuck-it-bucket’ with a lazy flip of his wrist.

Every grunt but me trusts that their troubles will disappear in Eddy’s bucket’s invisible abyss. Marines swear that abracadabra shoots out of his fingertips. It’s as magic as any hocus pocus, alakazam, or open sesame.

I first witnessed the legend of Eddy’s bucket back home in San Francisco. Again, Eddy had stretched his neck, and jutted his nose straight into the hot day that had settled as thick as fog over the city, and with uncanny certainty, taunted, “Feels like earthquake weather.” Then, with a flick of his wrist, Eddy tossed a school day into his fuck-it-bucket and we went to the World Series.

But not all the dark negative shit disappears in his enchanted bucket. My seat’s strange thrilling locomotion could not be mistaken. A massive earthquake rocked Candlestick Park’s concrete beams. Rebar popped through the ceiling and rained gray dust over us. The tickets ended up being stolen. Fortunately, the charm at the bottom of Eddy’s magical bucket made the kind judge appear who helped two misfits enlist in the Marine Corps instead of jail.

By the time Eddy and I decide to return to base, Pinatubo’s extraordinary cloud of pearls swelling in the sky had shot up to a great height and was raining ash, but not yet suffocating us. There is no more road to San Juliana. Eddy stands with his hands in his pockets. The fuck-it-bucket’s too small for Pinatubo. Our only choice is escape back to the sea on foot.

I won’t get to see my girl with the bewitching emerald eyes. She is the illegitimate child of an American serviceman who’s probably home, next to his own fuck-it-bucket, not knowing she exists. Every liberty she’ll ask me so many sweet pidgin questions regarding life in “the States” as we come together in a songfest, dancing to a pirated tape of The B-52s’ “Love Shack.” We will stagger arm in arm, singing at the top of our voices about the funky old shack with glitter on the mattress, and tossing empty San Miguels into the jungle. Inside her little hut, we will take off our clothes. Our hands roll down each other’s hair. Two bodies turn into one. She is the jungle’s heartbeat. I am a moth circling a flame. I measure time by cigarette smoke that falls over a lamp she drapes with an American flag.

Last liberty, my girl’s smile snuck out of its hiding place and wrinkled her face. She spoke her sweetest pidgin incantation, “You gonna’be a daddy.” She was rubbing her belly. I just couldn’t bring myself to flick my wrist like Eddy when he told me he caught another case of the clap and a kind corpsman rose from his fuck-it-bucket with a cure.

Pinatubo’s eruption brings darkness as we trudge through the streets of Olongapo. Olongapo is why God invented purgatory. Under the volcano’s gauntlet, I hear Tagalog cries and shouts. I imagine they are prayers for help, wishes for death. Silent was the music that blared from bustling strip bars. The ash is too thick to smell the wafts of sewage that once mixed with barbecue smoke. Olongapo had once released my every frustration and satisfied my every desire. There is no God to pray to. The Almighty had chucked us into His fuck-it-bucket like He did Sodom and Gomorrah.

Eddy and I make it back to the barracks. The jungle cracks under the weight of Pinatubo’s eruption. A sunless day quakes by as a typhoon clashes with ash over our Quonset hut.

The deafening barrage grows muffled as a wall of soot hardens over us. I plunge my hands into my pants pockets. My fingers sort through gum, a plastic spoon, and toilet paper, stopping to pinch two Mikimoto pearl earrings I was going to give to my girl in San Juliana.

Being buried alive is, beyond question, a terrible death. It’s like standing on the gallows for hours waiting to get your neck stretched. Pinatubo shakes without pause. I sleep and dream of Emerald Eyes seducing me from her enchanted stage. “You love me?” she says in her sweetest pidgin. She is a collage of the most exotic mix of races. She wraps the pole like a snake, spins, then hangs upside down. Her long, tan body vibrates to a hard-edged melody.

A white light pulls me from my dream. “It’s fuck’n ova,” Eddy says. His eyes are bright. I make my way towards flashlight beams – survivors digging for fresh air. I singe my hands on hot ash. A gray blanket covers what was green canopy. The jungle is gone.

The long horizon glistens silver. I pull my t-shirt over my nose to mask my lungs from smothering dust. Our orders come. We’re to place sensors in the volcano to monitor eruptions.

Sergeant says it’s a thirty-minute chopper ride. Eddy glances at him and flicks some magic into his invisible bucket. The sergeant goes on to say that the pilot will report any survivors. His map is useless in our dusty new world. I pray we fly over San Juliana.

Only a couple of hours had passed since I rejoiced in not being exhumed like a soldier in ancient Pompeii. The towering helicopter hangar sways under the heavy ash. We climb up to shovel the mound that seals the door shut.

We stop our digging in the sweltering heat all at once. It was dreadful to hear Eddy scream “Fuck.” His cry swells to a hideous shrill that sinks to a bubbling murmur, then silence. His section of roof collapses. His crumpled body lies next to the helicopter. He looks more like a boy asleep than dead. I take his dog tags. My fingertips tingle.

Eddy’s death reminds the platoon that hovering over Pinatubo is a suicide mission. I flick my wrist, then link myself to the long rope that will suspend us beneath the helicopter. My fingers electrify with Fuck-it-bucket magic. I am a broad-shouldered Marine—rigid face, eyes fixed on Pinatubo, ready to take my ride. Ash plumes in the wake of the Huey towing us skyward. We dangle like trinkets on my mother’s charm bracelet, shuddering and whipping between faded earth and heavy gray sky.

Our helicopter’s rotor blades chop-chop-chop toward our mission. We are as crucial, yet as expendable, as canaries in a coal mine – But I don’t give a fuck. I take snaps with a disposable camera. A picture of the white pearl cloud billowing from Pinatubo’s new summit. I stow the camera back into my pocket with the mini seismometer and Emerald Eyes’ earrings and Eddy’s dog tags.

The rotors whip. Ash-filled sky chokes the engine. The helicopter thth-thth-thth coughs up chop-whop-thth. The pilot dips his approach to Emerald Eye’s cinder-block sprawl. So close I could almost hear her pirated tape of The B-52s’ “Love Shack.”

The helicopter commotion grows to a quiver under the whop-whop-whop. Pinatubo’s jagged new summit surges; our long rope twirls above the aftermath. San Juliana was not spared.

A fast-moving mudflow has flooded the barrio with a river of rock. The eruption buried everything familiar to me. No one could have escaped the fiery blast that seared the countryside. Chop-whop-thth. The pilot clambers for altitude as we pass. The bird’s rotor blades beat on against the ash. I toss the earrings and the dog tags. Lightning flies from my fingertips.

Editors Note: This article was originally published May 28th, 2021 on the Military Experience & The Arts blog.

Want to read more? Check out "the typhoon coast" available on amazon now 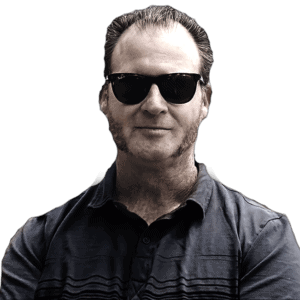 Mark R. Clifford was a Marine Staff Sergeant (0369). He received Special Operations training while attached to the 3rd Marine Division in Okinawa and was operating in the Philippines in 1991 during the historic eruption of Mount Pinatubo. Mark’s law enforcement career was equally eclectic. He rose to the sergeant’s rank and served in many assignments to include SWAT and undercover narcotics. His son is a Marine, stationed at Camp Pendleton. In his retirement, Mark mentors veterans transitioning to civilian life at musician Zac Brown’s Camp Southern Ground.

MORE Dispatches from the Typhoon Coast 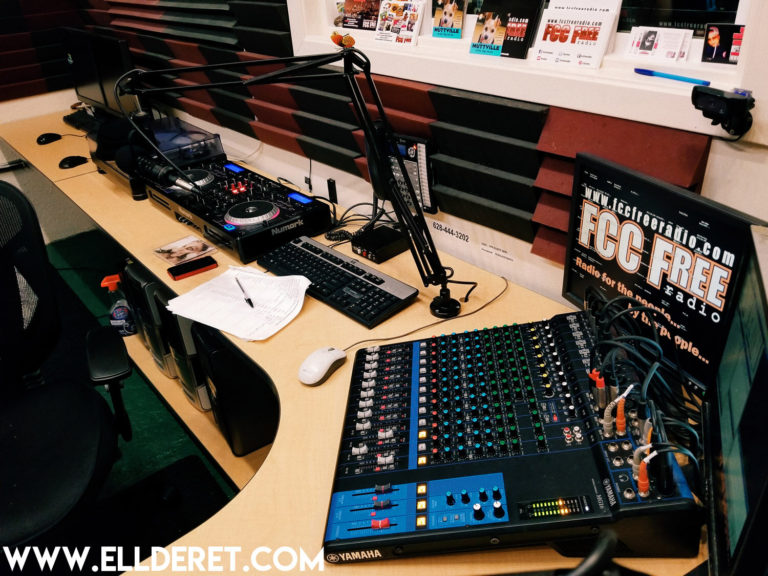 Sunday noon to 3 on fccfreeradio.com in studio 2b. I’ve got author Mark Clifford back on the show. I’ve got real extraordinaire Jinelle Marshall In…